Is A House Owned Before Marriage Marital Property

Is A House Bought Before Marriage Marital Property In Texas

One of the common issues that arise in a divorce in Texas is the characterization of property. Most people know that Texas is a community property state.  When a person marries, oftentimes they have acquired an asset or assets before the date of marriage.  These assets that they owned before marriage are called separate property.

My Husband Had A House Before We Got Married

There are some important Rules regarding community property and separate property:

Rule #1.  It is presumed that all property owned at the end of a marriage is community property.  A spouse who is claiming an asset as his/her separate property has the burden of showing that by clear and convincing evidence.

Rule #2.   If a spouse is claiming that an asset is separate or mixed character, that spouse has the burden of showing the source of funds used to purchase that asset were from a separate property source.  This could be from monies that they had before they were married, an inheritance, or a gift.

It is the burden of the person claiming it as separate property to prove that the asset should be considered separate property by a burden of clear and convincing evidence.  Clear and convincing evidence means “the firm belief or conviction as to the truth of the allegation sought to be established.”  It is more than the standard of a preponderance of the evidence but less than the standard required in criminal cases of reasonable doubt.   This usually means tracing of assets.

Rule #3.  Texas operates under the “Inception of Title Doctrine”, meaning that whatever character the property had (separate or community) at the time it was acquired will remain unless something else happens to affect its character.  There may be reimbursement claims if community property funds were spent on that property during the marriage.

Rule #4.   Proving a separate property claim during a divorce requires excellent record keeping.  The challenge for many divorcing couples is that parties do not maintain copies of statements and the necessary information to establish separate property by clear and convincing evidence.

Characterization Of A House Bought Before Marriage

If I Own A House Before I Get Married In TX

Sometimes unmarried couples decide to buy a home together before they get married to take advantage of low interest rate mortgages and to avoid rising rental costs. Doing this is not always a good idea for a number of reasons. To determine whether the property is separate or community, use the following rules:

Determining Whether Real Property Is Separate Or Community Property

Is A House Purchased Before Marriage Marital Property

How does the Inception of Title Rule Work with Real Estate?

If a spouse invested 100 percent of the earnest money and down payment, then that spouse may argue that he or she owns the entire real property and may make this claim even if the deed contains the names of both spouses.  A very difficult situation arises when parties purchase real estate before the date of marriage and both parties contribute to the down payment but only one parties’ name is included in the deed, sometimes due to poor credit or credit problems.  The party with title in his or her name oftentimes claims that the other party has no ownership interest in that residence.  It is advisable to contact a divorce attorney if you are purchasing real estate before marriage to understand the legal ramifications of such purchase.  We have considerable success and experience with representing clients with separate property claims.

See also…At what age can child decide which parent to live with? 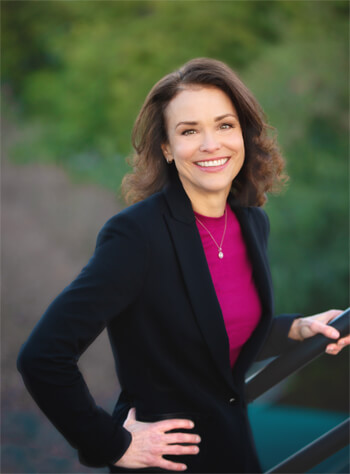